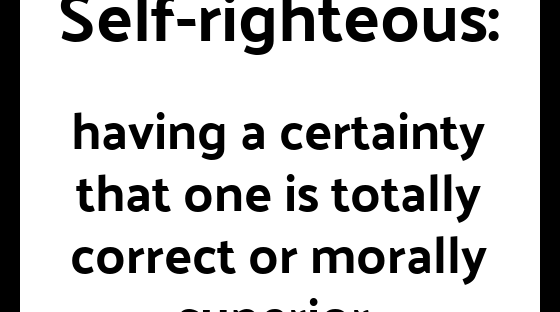 Did the title grab your attention? Well, what I read the other day in John 7 sure stopped me in my tracks! Let me know if it does you.

Jesus was speaking truth to a crowd of people, a common occurrence during his short lifetime here on earth. He made the (quite audacious) comment that he knew all about the Father because the Father had sent him to earth. Which led to people’s wondering if he might be the Messiah (the One whom the prophets had spoken of for generations).

There was a group of religious leaders called the Pharisees that loved their power and control over the people. They became concerned with the crowds that Jesus drew, with the things he said, and the hope he instilled in people (a downtrodden group of people is a lot easier to control). Why did they worry? Because they were the dudes in charge. The Pharisees had studied the scriptures (remember there were only limited scrolls to read from, and the public wasn’t allowed to even see them, much less read them–well, very few could read anyway) and the people thought of them as devoted practitioners of the Bible.

The Pharisees diligently “policed” the behavior of the people, making sure they were following the 613 rabbinical laws. (Ugh! Can you even imagine the stress of making sure you kept that many laws? Thank God for His son, Jesus, who set us free!)

Of course, they were also extremely self-righteous and full of importance in their own eyes. They surely didn’t want anyone contesting their power and causing problems. 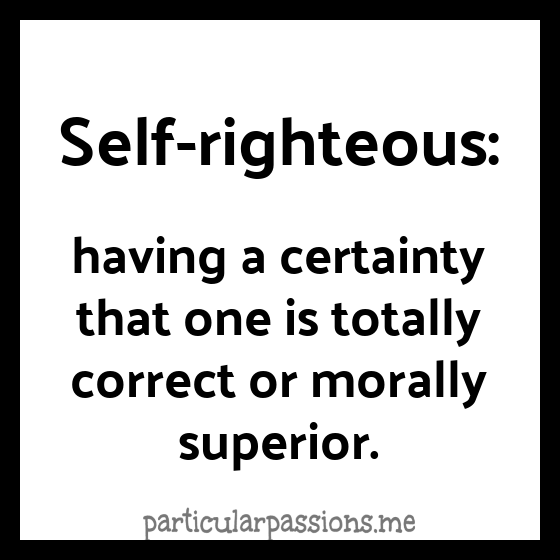 In an effort to control Jesus, the Pharisees sent temple guards to arrest Him. The guards returned empty-handed because they were awed by Jesus’ words and who he claimed to be.

Now this is the part that I got stuck on. A conversation ensued during which Nicodemus, a top-level Pharisee who had been secretly visiting Jesus, asked if they shouldn’t at least talk to Jesus before condemning him.

Well now! Them’s fighting words, apparently, because the Pharisees said, (cue the sarcasm) “Oh, so now you’re an advocate for this Galilean? Search the scriptures, Nicodemus, and you’ll see that there is no mention of a prophet coming out of Galilee.”

End. of. argument. The Pharisee had spoken. That settled it. Jesus could not be the prophet people were beginning to think he was, because the scripture never mentioned a Galilean prophet. So there. Case closed.

Are you ready for this?

In all their grandiose self-righteousness, their holier-than-thou-set-apart-ness, they lied.

Funny, they had just condemned non-enlightened “just Jews” for being “ignorant for following Jesus because none of them know anything about the law. They are all cursed.”

Seriously? If you are not a Pharisee–who supposedly knew the scriptures backwards and forwards–then you are suffering in ignorance and are cursed?

Wow, did they ever set themselves up and show their own ignorance.

How? Because in Isaiah, who was one of their ancient prophets, it is stated that the Lord’s deliverance (Jesus) will come by way of Galilee. These snobby Pharisees were ignoring their Jewish history to make a (false) point. Several prophets–Jonah, Elijah, Nahum, and Hosea–had, indeed, come from Galilee.

So there you have it. The Savior of the world dismissed and even condemned to death because of the lack of truth. Because of a group of people’s self-righteousness and thinking they were better than Jesus. Because of fear. Because of a love for power, control, and money.

Does this sound familiar? How many times do “religious” people condemn and judge? (In this case, “religious” means judging by appearances (John 7:24) and being concerned more with human opinion than God’s truth (5:44).)

We must take care that we, as followers of Jesus, do not act as the Pharisees did toward others. We must not condemn and judge people because we feel they aren’t as “enlightened” as we are, lest we too speak lies and curses and set ourselves as better than God.

Our purpose should always be to point others to God’s unconditional love and Jesus’ power to restore, heal, and deliver. Any time our “enlightenment” leads us to condemn or judge, it is not from God. God commands us to love Him, love our neighbors, and show His glory.

What do you think? Are you shaking your head too?

Romans 14:13~ stop passing judgement on one another

1 Peter 2:9~ we are chosen to declare the praises of God who called us out of darkness

Romans 9:14~ God’s gift is not a question of human will and effort but of God’s mercy

These are my stories—my life. I try to write honestly, raw, and from my heart. I try to tell all the parts—the good, the hard, the tough, the hopeful, and the emotional. But most importantly, I am here to be found by you. I am open-hearted, and I won’t hide. When I share my story, my words, and my experiences you may see yourself in them. I make myself vulnerable, hoping that you might learn and heal. We all need healing. The world can be cruel. Sometimes life can break us. But there is joy and hope to be found. I pray that I may lead you to the One who can give them to us. So, who am I? *I’m an educator at heart–it’s in my blood. *I’m a highly emotional person–I identify that as “passion”. *I’m a late-life mom to two amazing and beautiful (adopted) children who have physical, mental, and psychological differences from “typical” children. *I’m in my “Sensational Sixties”. I’ve lived a lot. I’ve learned a lot. And I’ve healed a lot. I hope you will join me in my quest to live for God, to live fully, and to spread truth! Please visit my website http://www.passionistaatlarge.org/ to see more about me, and perhaps invite me to speak for your group! View all posts by passionistaatlarge

Follow Blog for Passionista At Large and Empowordment Cards on WordPress.com

SHOP for EmPOWordment Cards by Mimi